S ince Bitcoin’s creation, cryptocurrency governance has been a hotly contested issue. Governance is an inherent component of every network, be it a school lunch committee or Segwit implementation. Governance can arise as a result of a clearly defined protocol that the network adheres to, or it can emerge spontaneously out of a series of loosely defined relationships that form over time among the network players. It is well understood that to achieve the best outcome for a network as a whole, a carefully considered and implemented governance system will enhance the network’s outcome.

If we look at self-sovereign nations states, each nation-state has its own form of governance, be it a democracy or a tyranny. But at the highest level, each of these sovereign states exists in a state of anarchy toward other sovereign states. There is no governing body that overrules the decisions of a sovereign nation. The closest thing resembling a governing body is the United Nations, and it sets governing principles on trade and environmental issues. But UN decrees are non-binding. Any state can walk out of a meeting and take an opposing stance. The states attend voluntarily and in good faith, but even if a majority of states vote in the opposite direction on a proposal, a member state can walk out of negotiations or simply not participate.

Although a member state has the right to walk out of a proposal, if the proposal was to be of mutual benefit to all members that sign on to the proposal, it could be argued that the member that walks out is not acting in good faith. This would not be a problem in a democracy as the proposal would simply require a majority vote. But with proposals that exist between voluntary participants, the democratic outcome is not adequate. If you can’t gain the consent of a voluntary participant, any proposal can be non-binding.

Decentralized governance is not about ‘herding cats’, it is about garnering consent. Unlike democracies, autocracies and various other tyrannies, you cannot simply bypass consent when dealing with voluntary self-sovereigns. In decentralized networks, you need a governance mechanism that is most likely to succeed at mustering the most consent network-wide. To achieve this, a power based governance system such as the ones we have grown weary of as citizens, will simply not do. Nobody is forced to use a network that grows with voluntary participation. Everybody is free to come and go as they choose. Those that choose to be on your network have shown direct consent. It can be argued, and with cryptocurrencies in particular, that every participant on a network is in consent with the rest of the network. And that gets to the very root of it — consent is what forms network consensus!

Garnering consent is vital for constructing such a network. In nation states where people pay taxes to the state, they are not offered the choice to avoid taxes. Arguably some states are less demanding than others but citizens will invariably pay taxes which are to be spent on the endeavors of the state. If the state spends those taxes on conducting wars while neglecting civil needs like hospitals and schools, in all likelihood, there will be citizens in that state that do not consent to the way their taxes are being spent. Even in a democracy, those that are not in consent are overlooked as their consent is not needed, as the top of the pyramid have garnered ‘enough’ consent to govern and stay in power. This cannot be achieved in voluntary networks as no amount of consent can be overlooked or bypassed. Those that do not consent to your network will simply not participate.

When designing Xank, we researched compatible governance models. We were impressed by the Idea Meritocracy System that underpins the growth and success of the Bridgewater hedge fund which started in Ray Dalio’s garage and turned into one of the largest hedge funds in the world. You can read more on this in Ray Dalio’s essay.

The key points from this essay are where Ray takes a step back from making all the decisions in the firm and instead created a system where all employees could make proposals according to their expertise. As counterintuitive as it may seem, employees were encouraged to give honest opinions as opposed to saying what they thought they should be saying — a practice that is predominant in both corporate and general work culture. Expressing honest ideas in the open, in a sandbox of ideas if you like, is a practice that encourages creative thinking to be expressed and for ideas to be debated and defended. The best ideas rise to the top. If disputes could not be resolved, protocols were put in place to keep the discussion progressing to a better solution than not doing anything at all.

In general, and with particular reference to cryptocurrencies, the concept of a meritocracy is where the best ideas and proposals rise to the top and the most capable are incentivized to implement these ideas and proposals and see them through. This inevitably benefits the whole network. In a decentralized network of self-governed individuals, this translates to the most capable being incentivized to consider and to implement proposals with the end result being that the network becomes more valuable than the sum of its parts. A network where you are incentivized to participate as you prefer a better outcome for yourself, but also because you stand to benefit from the brightest and most capable within the network itself.

The design of the network must be such that the act of participating in it enhances your self-sovereignty, and not joining it does not leave you in a neutral position, it actually leaves you worse off for not having joined. As discussed in our previous post, Breaking Down Xank’s Proof-of-Stake Consensus Algorithm, a mix of staking incentives can be designed to attract this kind of participation.

With cryptocurrencies, stablecoins, and as with all voluntary networks or associations, governance is about consent. Without it, you cannot achieve consensus.

Centralized Governance? Not with Xank’s Masternodes 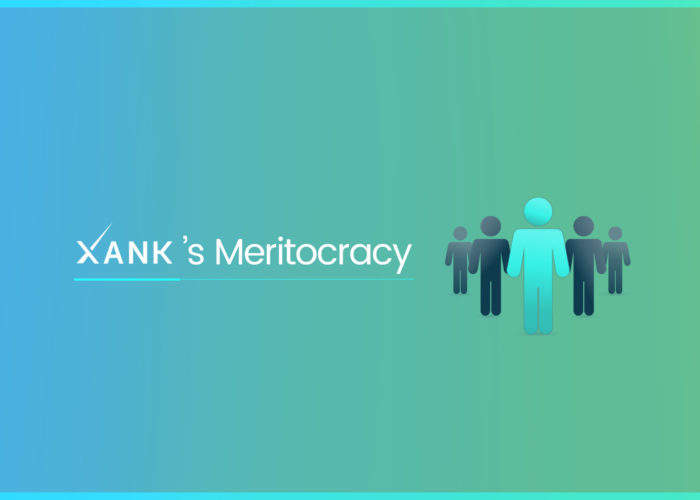 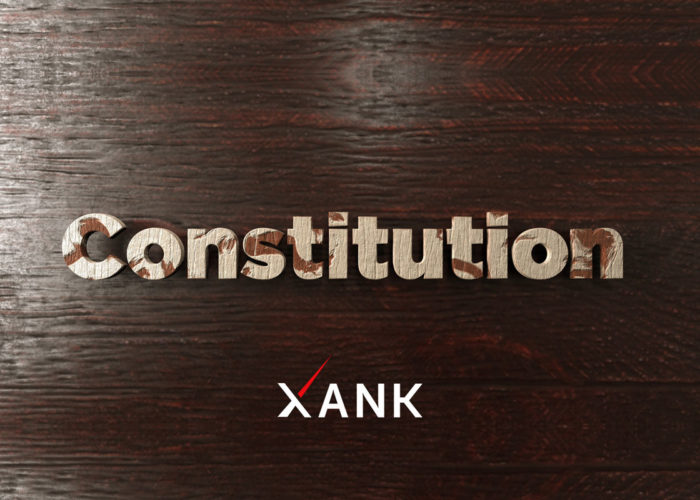