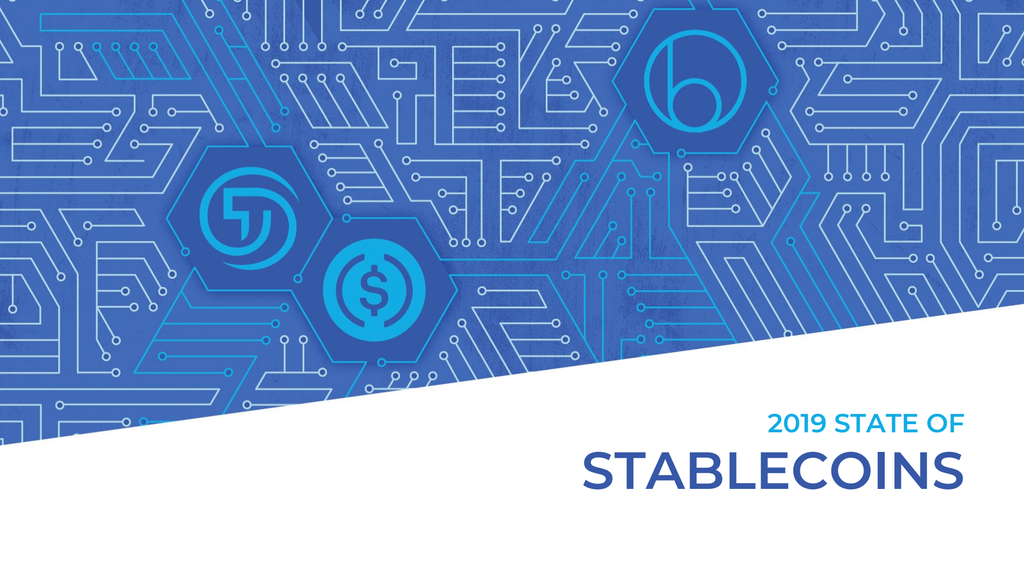 Going through a recent report from the blockchain research group Blockdata, gives you insight into how big the whole Stable coin movement has gotten in the past 18 months or so. After a successful 2018, we are looking at another robust year of growth in 2019 with more innovative projects coming online. Let’s start with with a brief introduction about stable coins for all those who don’t know much about the topic.

What are Stable coins?

A Stable coin is a cryptocurrency collateralized to the value of an underlying asset, created to solve the volatility & stability issue with the traditional cryptocurrencies. The heightened volatility in the decentralized cryptocurrencies is considered a hindrance to the widespread adoption of digital assets. The stable coins can be used to solve this problem by providing a stable means of exchange and a digital store of value, in a less volatile market environment.

The report goes on to present some of the main findings as visualized in the following charts:

1. Only 30% of the total Stable coins are live with the rest either in development or have already closed.

2. Off-Chain is the most popular form of collateral for stable coin projects (Fiat or Commodity backed).

4. 50% of all active Stable coins have been developed on the Ethereum network — the most popular launching platform for these projects.

5. Tether has raised the most funding of all projects — $1 billion through an IEO, making up for half of the total $2 billion funding collected by Top 15 stable coins.

If you want to read a detailed transcript of the report, you can access it here. Keep in mind though, the report is intended for educational & informative purposes only and should not be treated as professional investment advice.

The report concludes by adding two short case studies — one for the first-ever stable coin on the market, Tether, which incidentally is also the biggest stable coin. Ironically though, the project has remained mired in price manipulation & audit controversies for the most part of its existence. Nevertheless, it is still going strong. The second one concerns the high profile & ambitious decentralized project Basis — a stable cryptocurrency protocol with an algorithmic central bank. The project got embroiled in a regulatory tiff with the authorities, finally closing in Dec. 2018 after 17 months in operation.